The groundbreaking video collective Top Value Television (TVTV) began in 1972 when a group of mediamakers, artists, and activists used newly available portable videotape equipment to document the 1972 Democratic and Republican National Conventions. At a time when television news reporters were weighed down by enormous packs of expensive equipment and gear, this band of "braless, blue-jeaned video freaks," as Newsweek called them, set out to revolutionize not only how to capture the news, but also to transform the relationship between image producers and image consumers. With the sensibilities of the underground and cutting-edge portable video technology, TVTV and a loose global network of video guerrillas spearheaded community-based news, citizen journalism, and democratized media that continue to be relevant today, as we approach the 2020 conventions and the presidential election in November.

This site showcases BAMPFA’s 2018–21 project to digitize the hundreds of hours of never-before-seen raw footage that was recorded for three of TVTV's broadcast documentaries. Four More Years (1972) follows the well-oiled Republican convention that nominated Richard Nixon and Spiro Agnew, and The World's Largest TV Studio (1972) documents the Democratic convention that put George McGovern and Thomas Eagleton on the ballot. Gerald Ford's America (1975) finds these Portapak-toting "freex" embedded in the White House during the turbulent one hundred days following Nixon's resignation.

A treasure trove for political junkies, cultural historians, and anyone interested in how media portrays and shapes stories, the raw footage includes off-the-cuff cameos from such notables as Willie Brown, Walter Cronkite, Ron Dellums, Allen Ginsberg, Shirley MacLaine, Ralph Nader, Tricia Nixon, Dan Rather, and Gloria Steinem. As part of this project, several thousand pages of archival papers, including scrapbooks and snapshots by TVTV, have also been digitized and made available online. 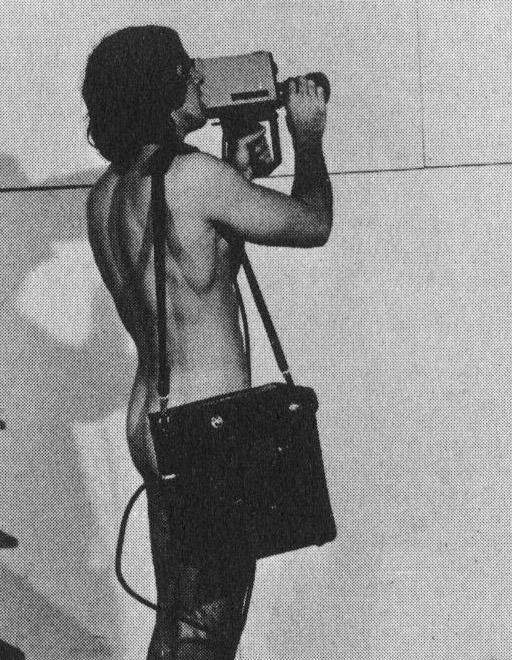 "The use of television's tools to give voice to overlooked peoples and viewpoints was at once an activist project and an aesthetic enterprise," writes former BAMPFA Video Curator Steve Seid. "No other video collective seemed to meld these dual intentions—political poignancy and artful rendering—as expertly as TVTV."

"We were inventing a new form of television," says Allen Rucker, one of TVTV's original members alongside Wendy Appel, Paul Goldsmith, Hudson Marquez, Michael Shamberg, Tom Weinberg, and Megan Williams. Inspired by Shamberg's 1971 DIY video production manual-slash-manifesto, Guerrilla Television, the collective featured dozens of members between 1972 and 1977, with crossover from other now-legendary media collectives such as Ant Farm, Raindance, and the Videofreex. Their on-air "correspondents" included such future stars as John Belushi, Christopher Guest, Bill Murray, and Harold Ramis.

"TVTV’s iconoclastic coverage of the events—brash interviews with the media and politicians alike, cameraman-interviewers, stylish graphics, and no voice-overs, in sum their own video version of vérité—garnered praise from jaded journalists and hipster critics alike," writes author Deirdre Boyle. "Their experimental TV tactics proved that a new style and energy had swept away the known world of network TV news." 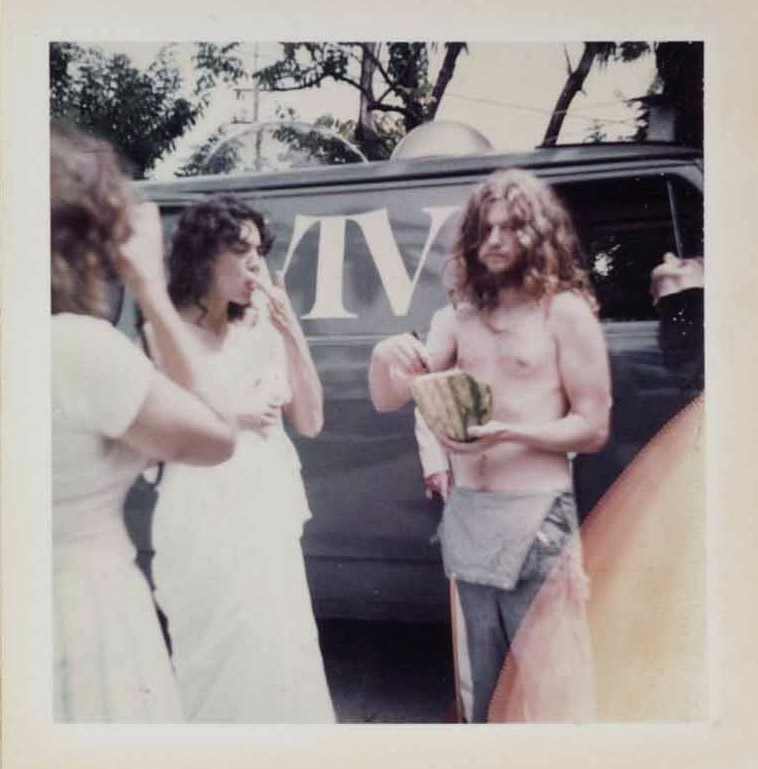 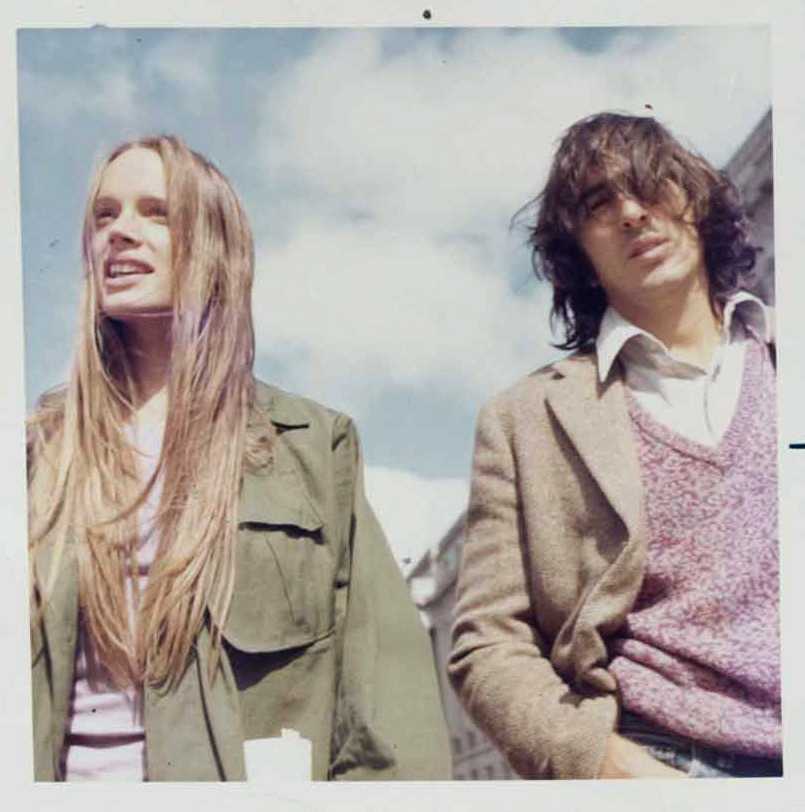 About Some of TVTV’s Members

Between 1972 and 1977 the TVTV collective attracted and lost dozens of members, contributors, collaborators, and hangers-on. Some of these later became household names, and many of the core members went on to careers in Hollywood, academia, and the arts. 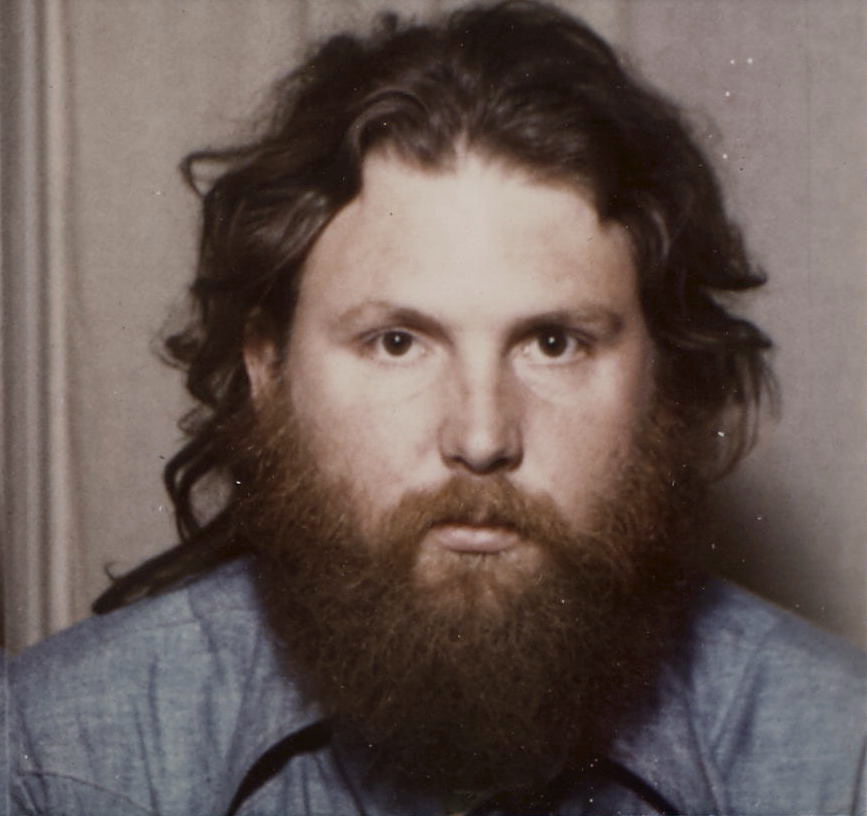 A key member of Ant Farm—the group's best-known work, Cadillac Ranch, was his idea—and one of the founders of TVTV, Hudson Marquez was perhaps the most gifted of the gabbers on the TVTV crew, as the raw footage may attest. Whether making an “awful” cup of coffee, answering the phone in an unattended congressional office, or driving the TVTV Media Van through the streets of Miami, Marquez always has something provocative, and usually hilarious, to say in TVTV's convention tapes. 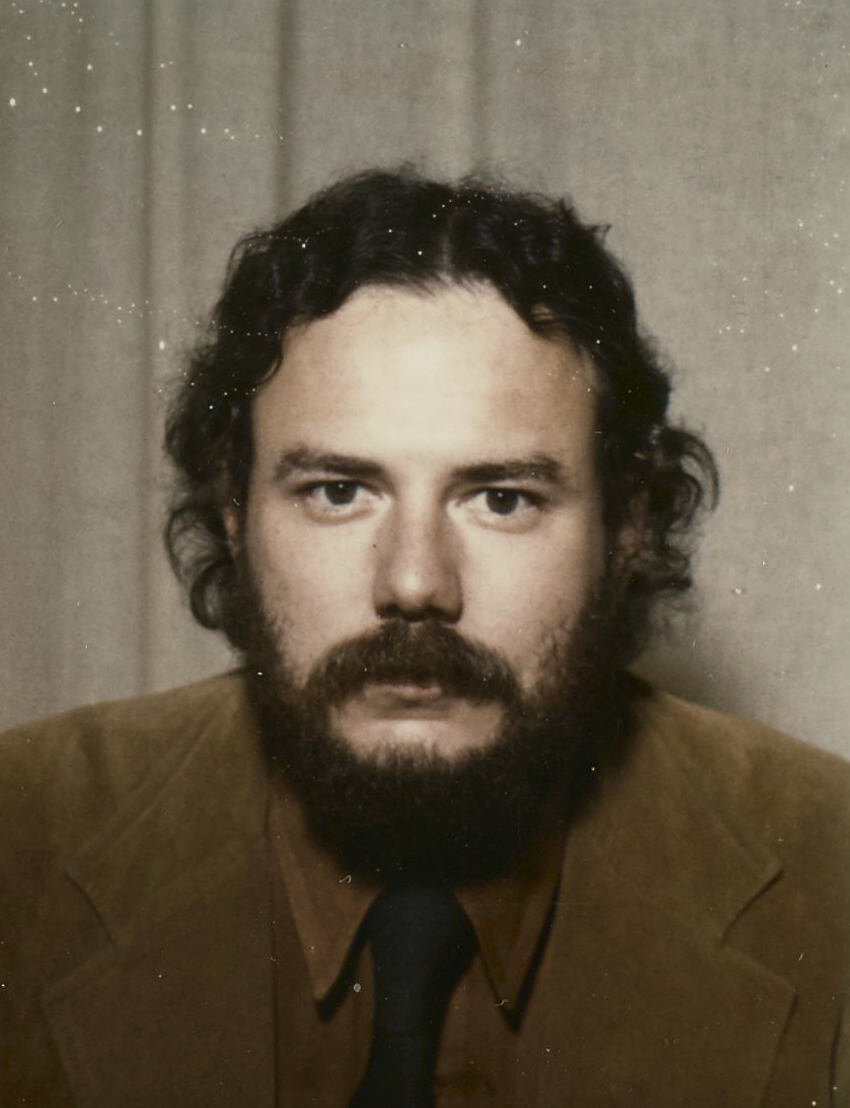 A founder of TVTV, and a core member for its duration, Rucker later became known for his writing, including the mockumentary series The History of White People in America (with Martin Mull) and The New York Times bestseller The Sopranos Family Cookbook. 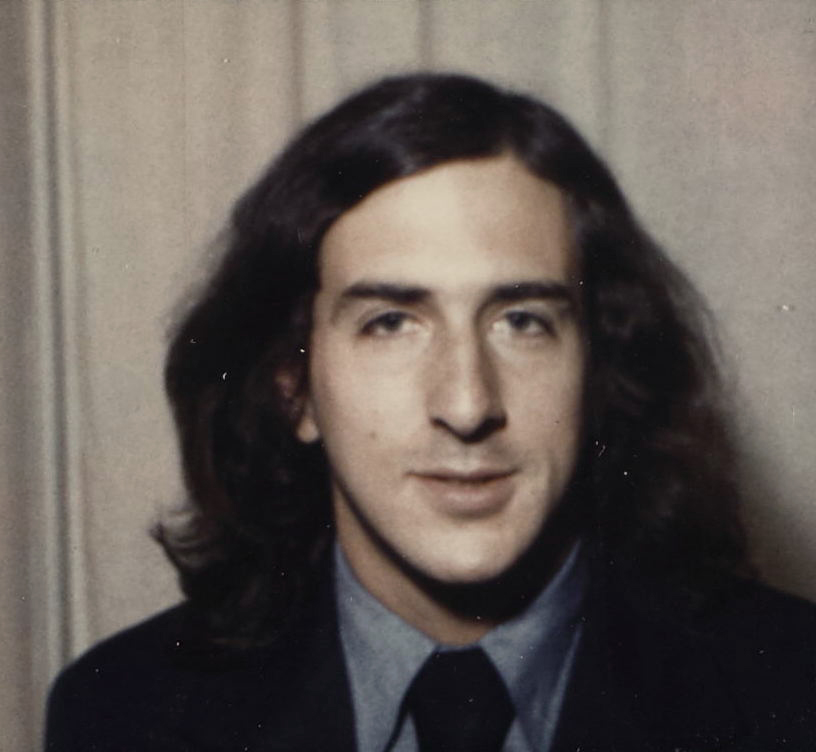 A founder of TVTV, Michael Shamberg participated in all of its productions and literally wrote the book on Guerrilla Television in 1971. After TVTV dissolved in 1977, Shamberg moved into mainstream Hollywood producing, finding early success with The Big Chill (1983). Some of the standout films he later produced or executive produced include A Fish Called Wanda (1988), Pulp Fiction (1994), Erin Brockovich (2000), and Django Unchained (2012). 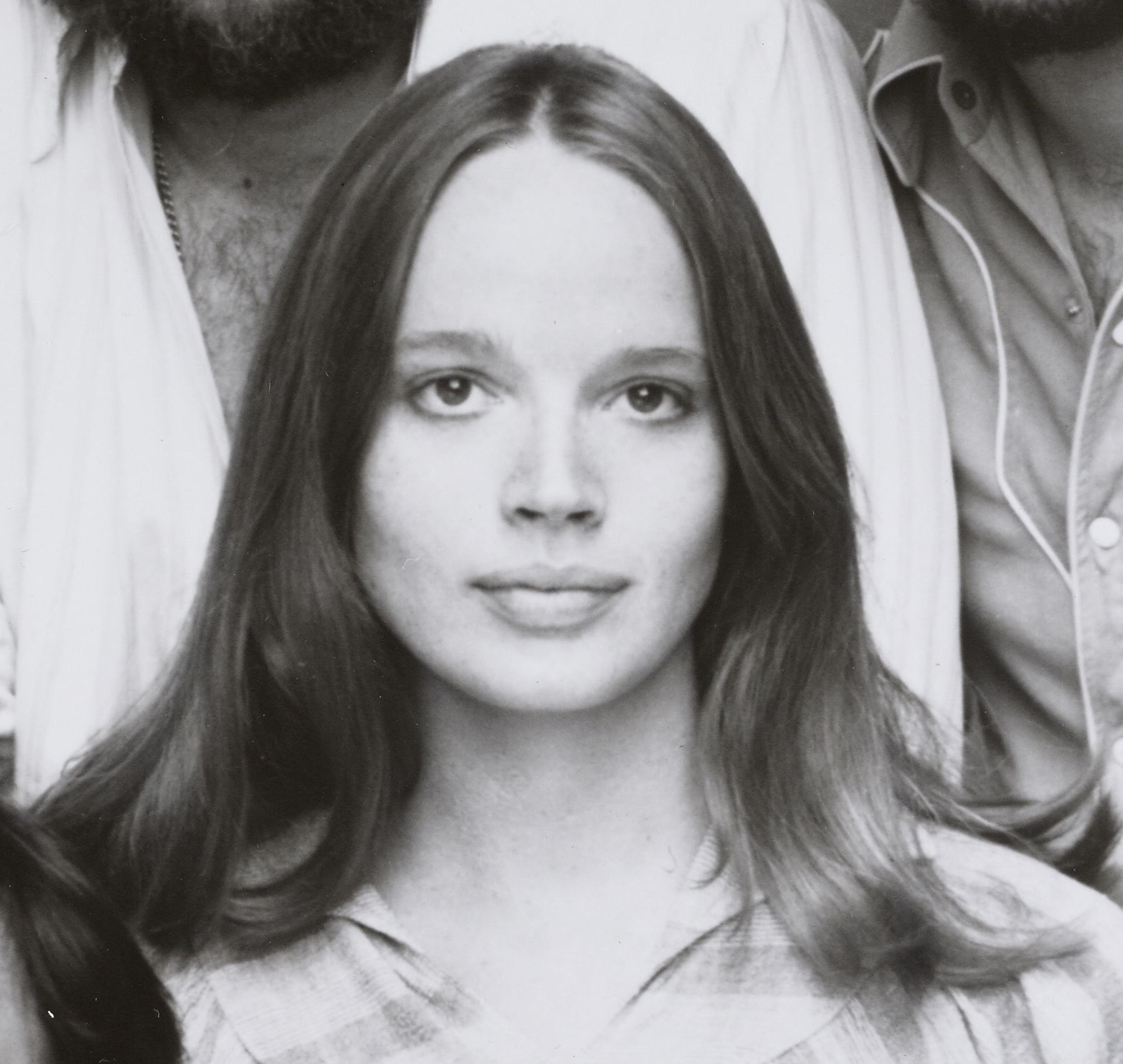 Megan Williams was a member of TVTV for its duration. She later became an Academy Award-nominated producer and a recipient of the Alfred I. duPont Columbia Journalism Award, and has taught at the University of Southern California’s School of Cinematic Arts. 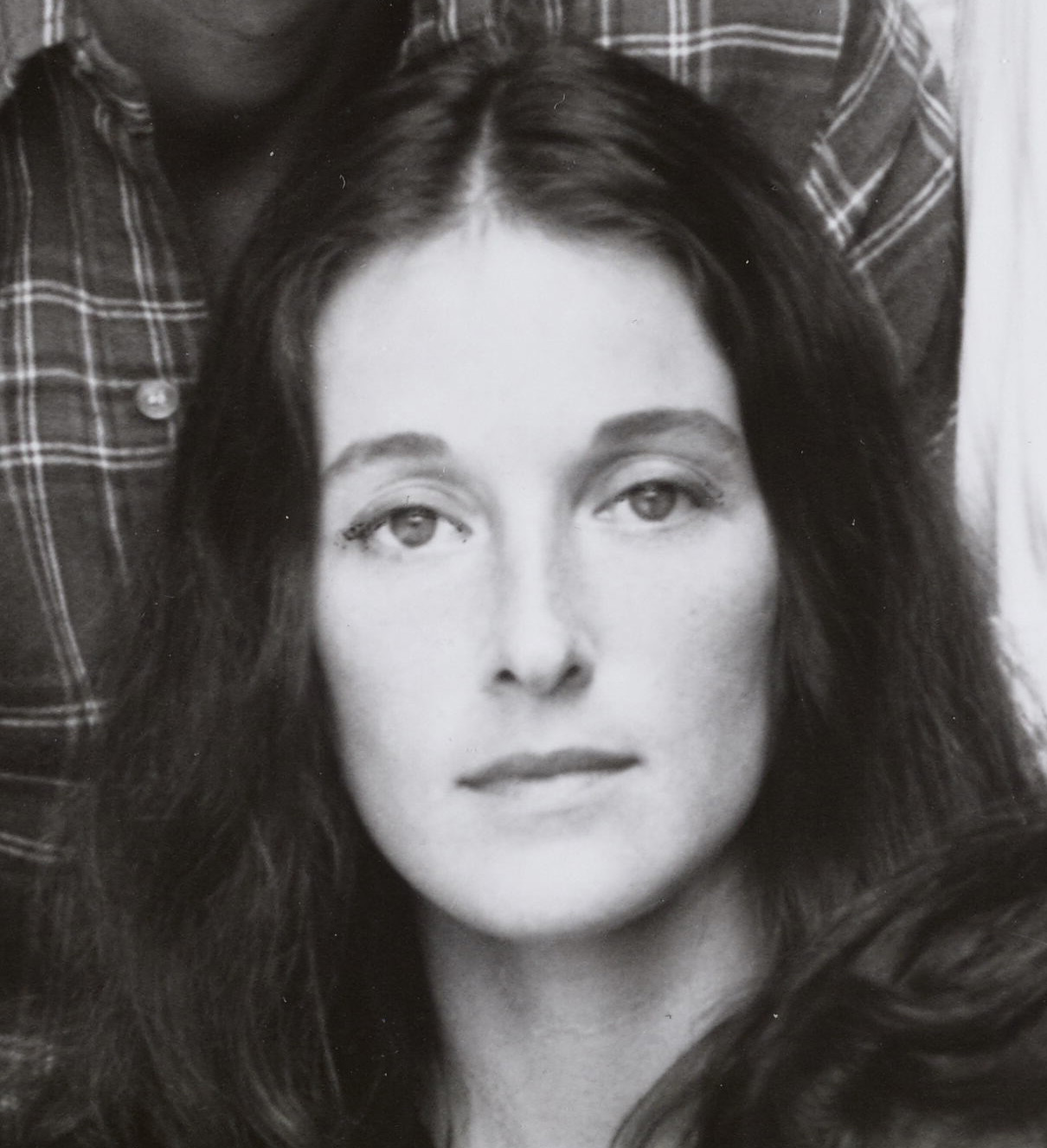 "Wendy Appel (who also spelled her name 'Apple') graduated from New York University's Film School and became one of the first women videographers. After her years with TVTV, she produced and directed a number of documentaries, including The Cutting Edge: The Magic of Movie Editing in 2004. She also taught at the University of Southern California's School of Cinematic Arts and at CalArts. Wendy passed away in 2017."--Allen Rucker 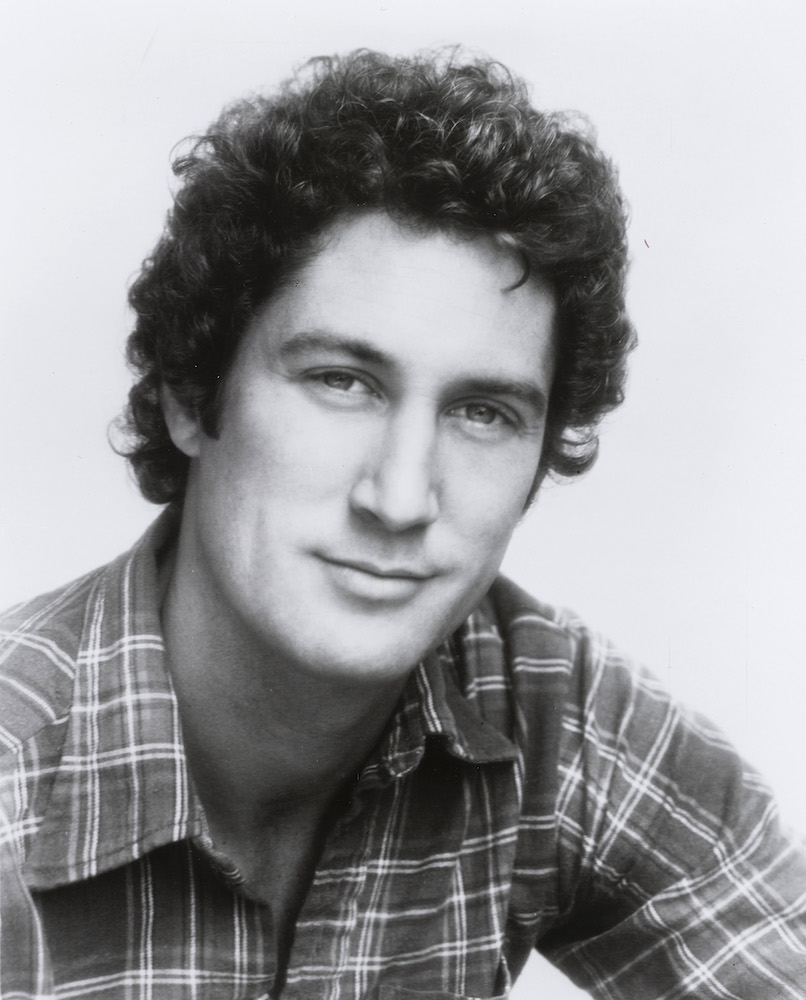 A principal member of TVTV who brought professional experience as a cinematographer to the group’s productions. Goldsmith produced and directed the documentary TVTV: Video Revolutionaries (2018). "We were working with equipment that was not taken seriously. . . . It was essentially amateur equipment, and we were the first people to take it seriously. Because it was different, it just meant we could make different television if we wanted to," says Goldsmith. 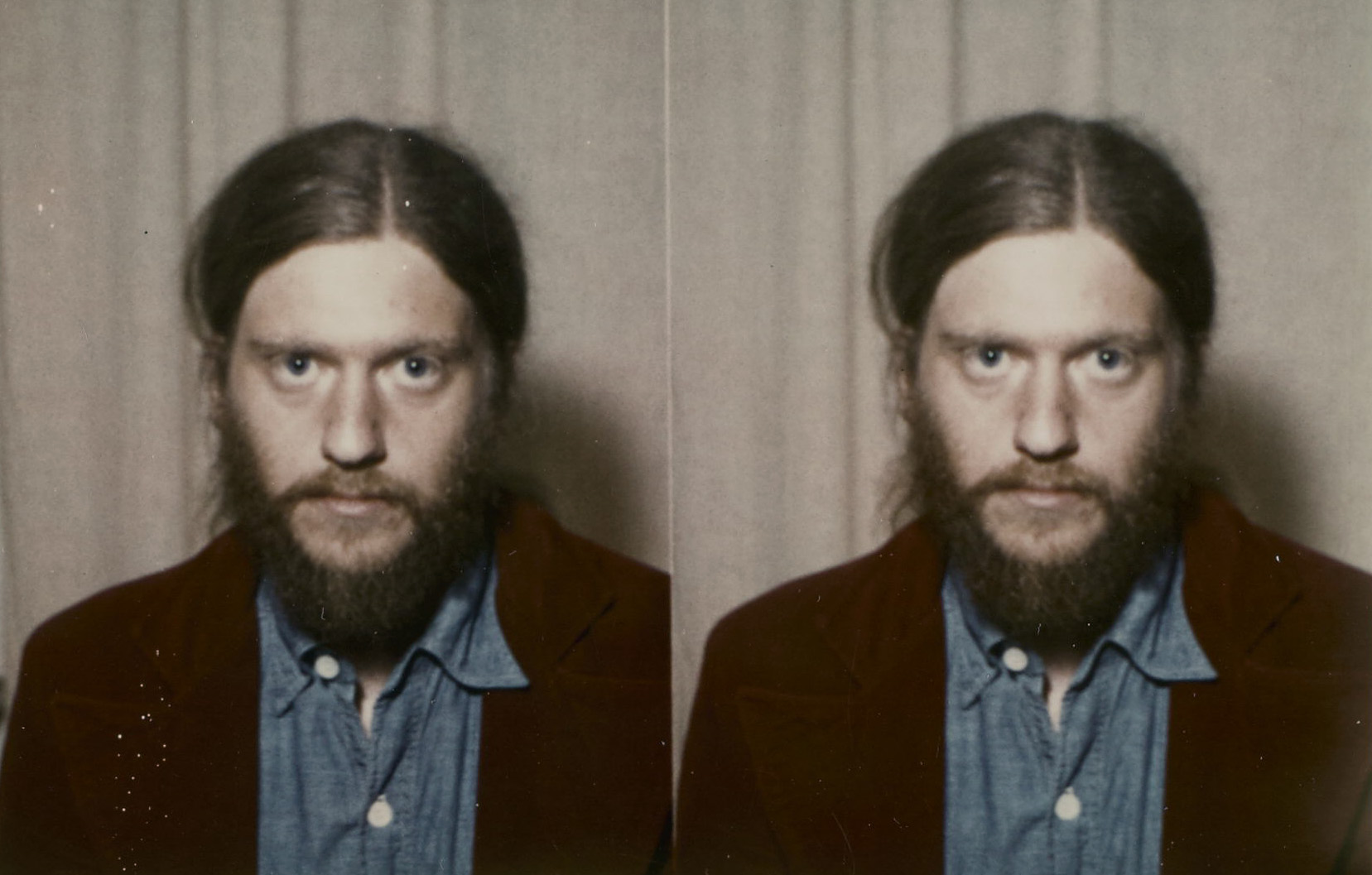 One of the legends of guerrilla television, Skip Blumberg was an early member of Videofreex and TVTV. During a career in video spanning over fifty years, Blumberg has made hundreds of works for a diverse audience, screened in every conceivable venue—on television, from tiny pirate stations to the major networks; in classrooms; in museums and galleries; and in film and video festivals around the world. He produced and directed over 150 shorts for Sesame Street and is the recipient of three Emmy Awards. 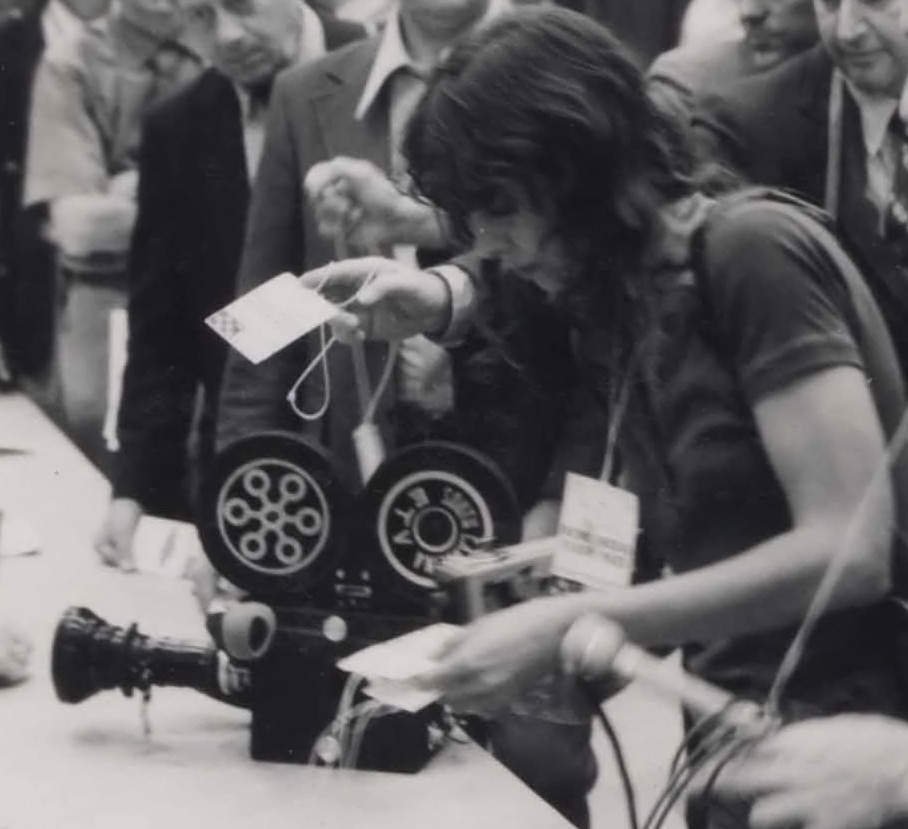 The life of Nancy Cain, one of several Videofreex to join TVTV for their earliest transmissions, is an embodiment of the guerrilla television ethos. She was the driving force behind community access television stations in Lanesville, Kentucky, and Woodstock, New York; created and directed irreverent and iconoclastic programs for public television (The ‘90s) and cable TV (CamNet: The Camcorder Network); and wrote a book recounting her life in video, Video Days: and What We Saw Through the Viewfinder. 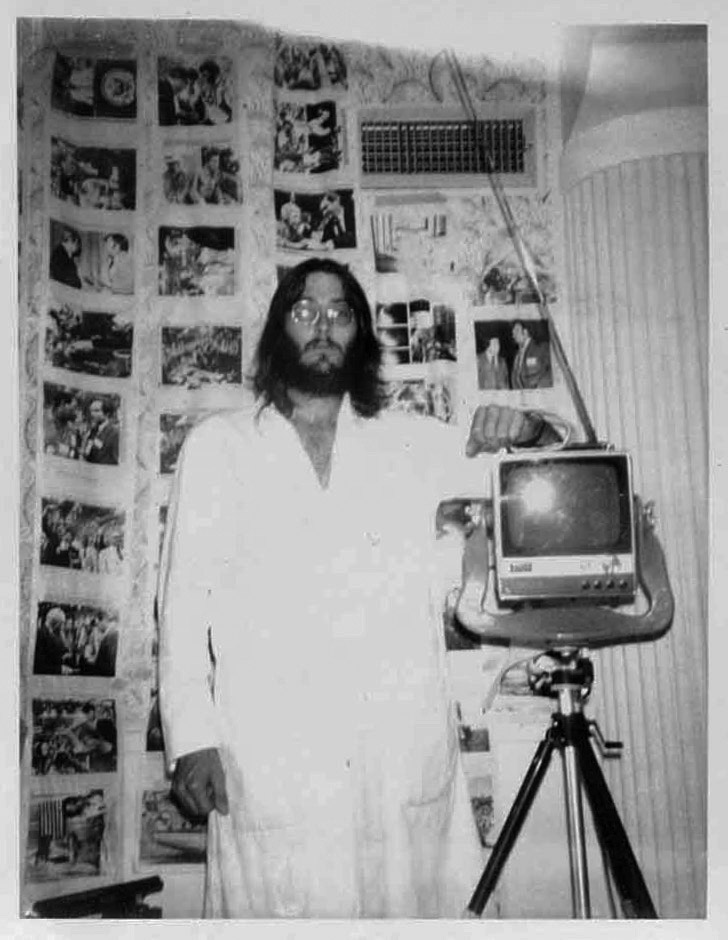 Chip Lord was a founding partner of the alternative architecture and media collective Ant Farm and an early member of TVTV. He continues his work as an artist and is Professor Emeritus in the Department of Film and Digital Media at UC Santa Cruz. 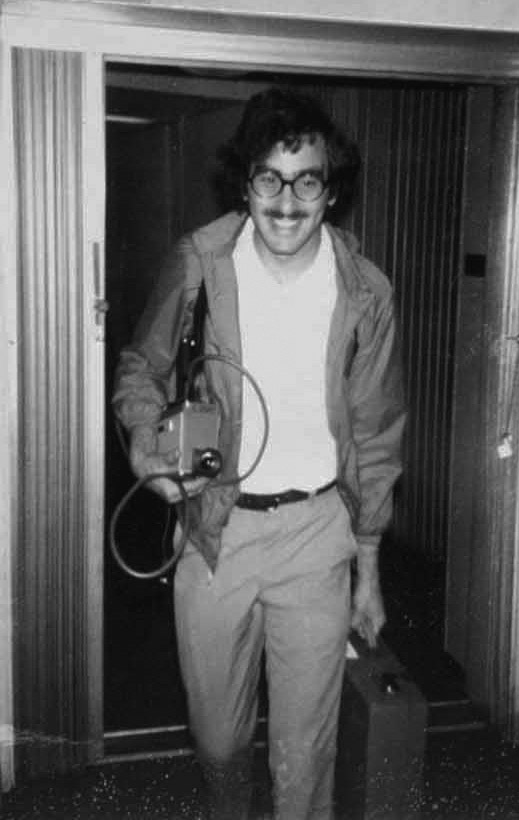 Tom Weinberg was an original member of TVTV and founder of Media Burn, an online video archive that focuses on independent documentaries with a social justice lens. As producer for TVTV's first tapes, Tom gained the nickname "Score" for scoring the collective's sweet rental pad, complete with pool. After TVTV he went on to an award-winning career producing independent documentaries and television, including creating The '90s and Image Union. 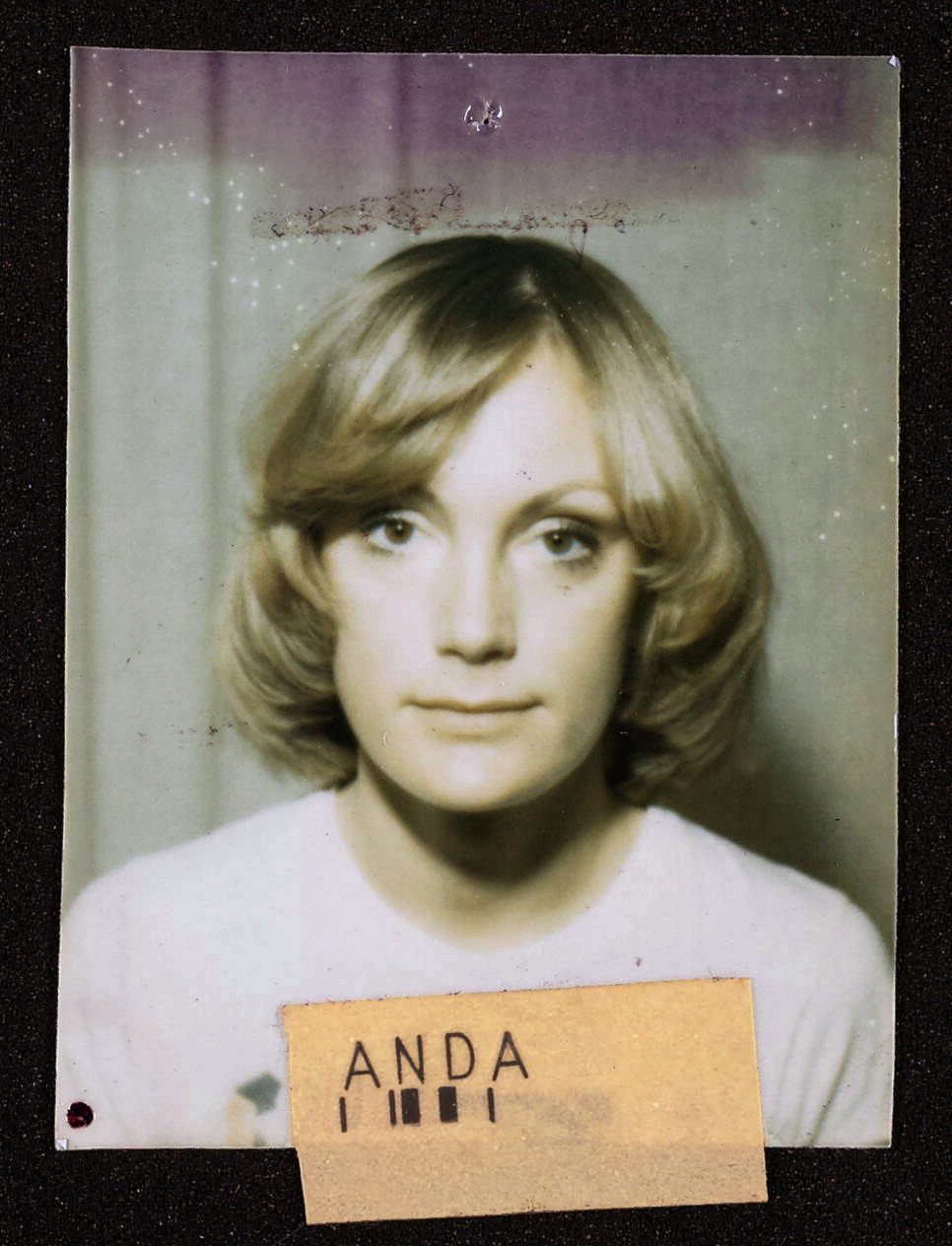 Anda Korsts (1942–1991) was an early member of TVTV and founder of Videopolis, Chicago’s first alternative video space. After co-creating the Studs Terkel-inspired series It’s a Living for PBS in the late 1970s and directing video for The Artaud Project in the 1980s, Anda dropped out of the video scene. According to Anda’s sister Gundega Korsts, Anda "went to Disneyland and saw everyone with a TV camera, and she said, ‘It’s time to move on to something else.’" 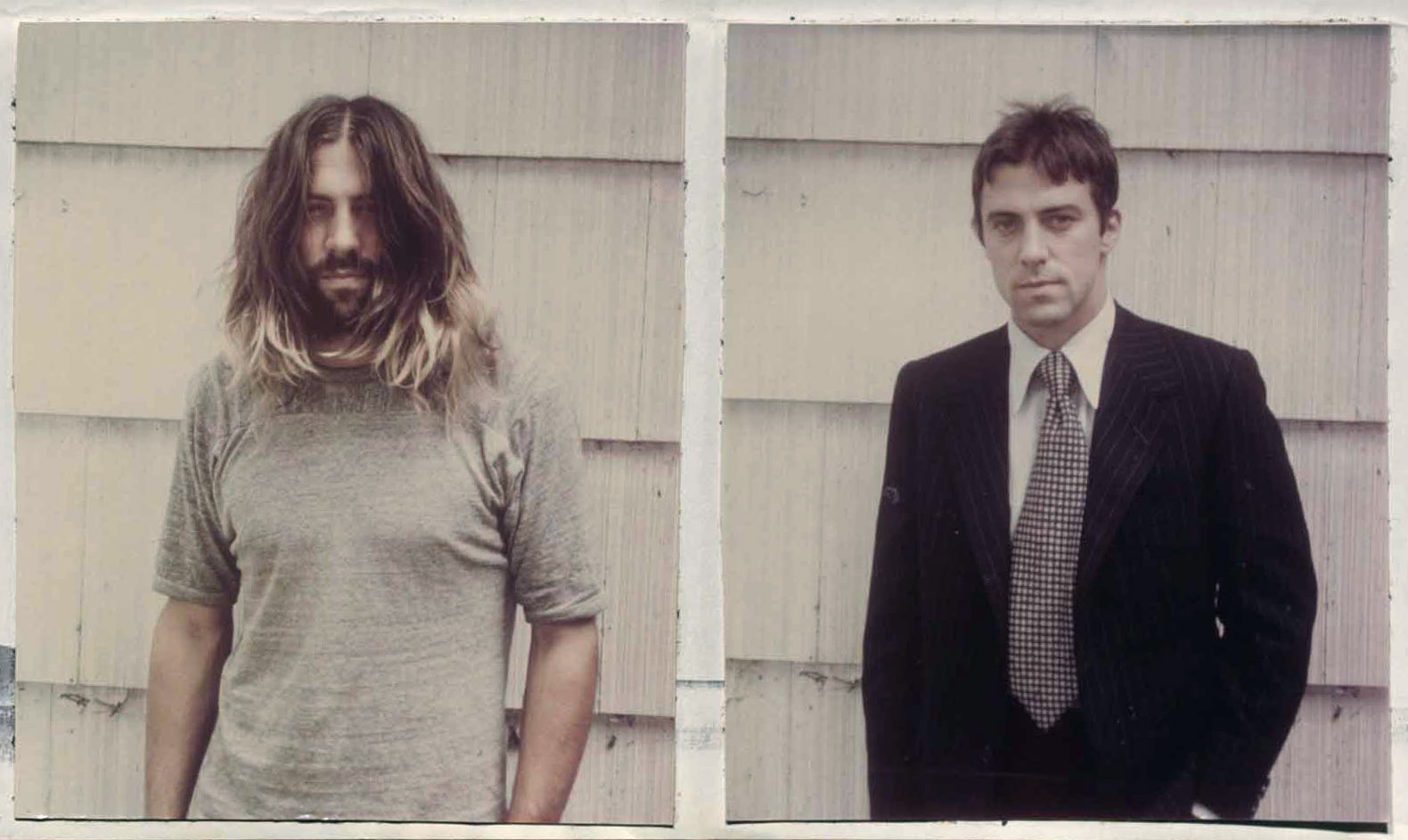 Doug Michels (1943–2003) was an early member of TVTV and a founding partner of Ant Farm. Michels famously piloted a modified white Cadillac through a pyramid of flaming television sets in Media Burn (1975) and played the role of Jackie Kennedy in The Eternal Frame (1975). 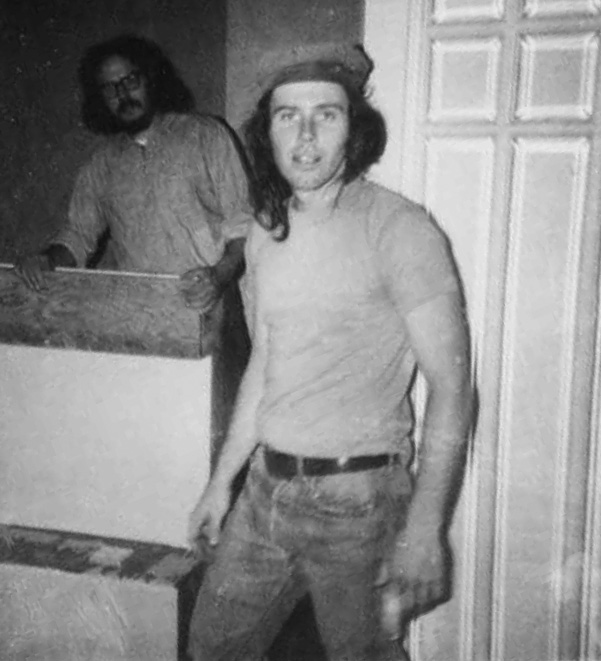 Curtis Schreier was an original member of TVTV and one of the founders of Ant Farm. Schreier’s design sensibilities and offbeat humor can be found in many of Ant Farm’s and TVTV’s printed material (like the Video Scrapbooks poster above) and built objects including the TVTV media van (lent to TVTV by Ant Farm). 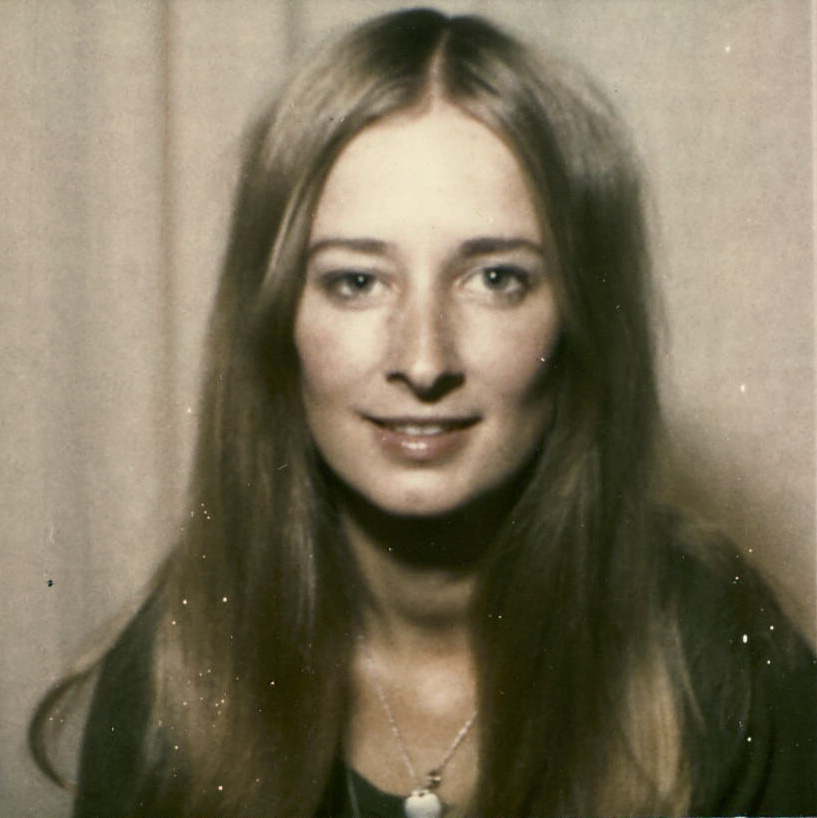 Jody Sibert joined TVTV in its early days through her involvement in Raindance with Michael Shamberg and Megan Williams. She was one of the primary correspondents in TVTV's convention tapes and in Gerald Ford's America. 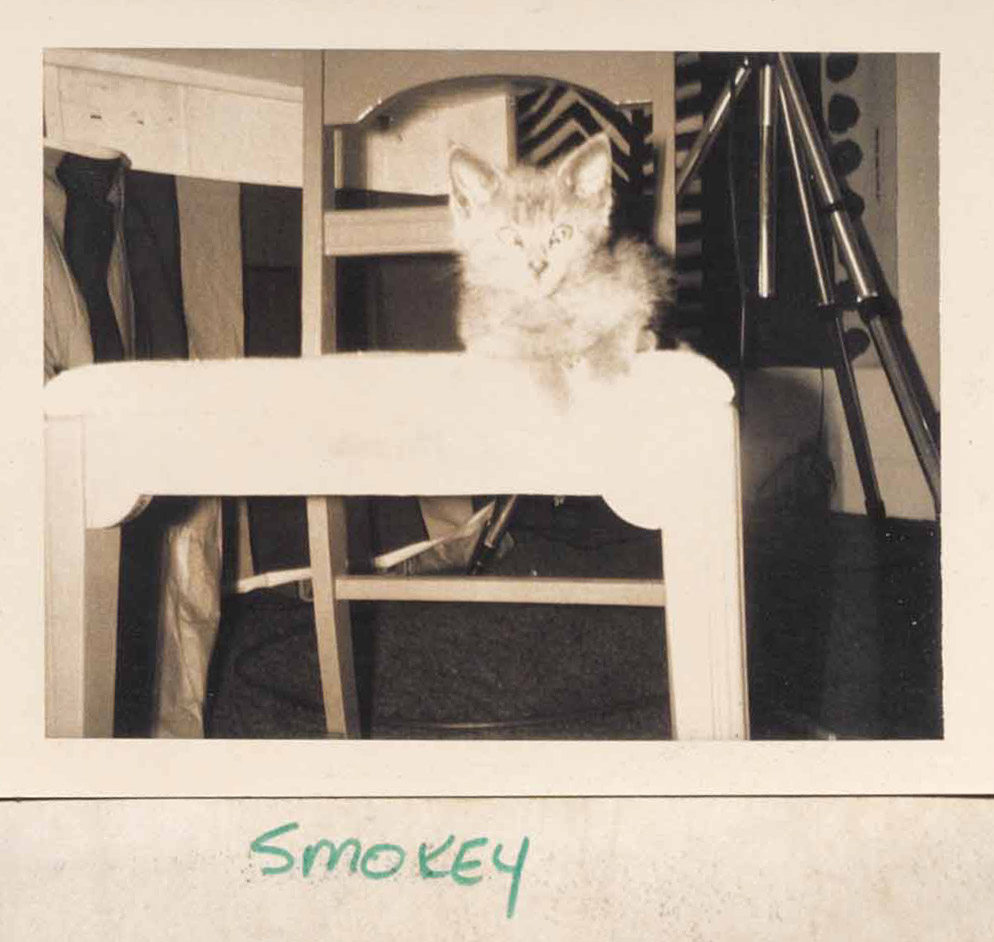